Usually I am most interested when within an artwork there is something unresolved, something which oscillates between multiple perspectives and interpretations, not from an absence of information, but when all is evident to the eye or ear. Not ambiguous through fog, murk, soft focus or selective framing, but with everything sharp and clear.

This is the motivation for the "Rues banales parisiennes” series. It is rooted in the paradox that banality inevitably becomes less apparent the more intently it is examined. As one approaches a banal subject, the banality of the general tends to be subsumed by particulars however commonplace those particulars may be. The pictured scene, which might have “stood for” a general condition on first viewing becomes more specific and concrete, more present, as the characteristics of its banality recede. Then perhaps we step back and see the banality of the general scene again. This oscillation between the general and the specific is the working hypothesis of this exercise.

Let’s make one thing clear: this is not about anything akin to the "transcendence of the commonplace” or of “finding the remarkable in ordinary things”. Rather than seeking transcendent and transformational qualities in these streets, I wish to avoid anything even distantly related. Here I approach the banal as the denotative photographic subject, to see what the photographic dynamics may be on the part of the photographer and what the perceptual dynamics might be for the viewer. However, I do find it more interesting than ironic that a work of the first sort (positing transcendence) and a work of the second (positing only materiality) may be visually indistinguishable.

Ultimately it reveals - no surprise here - the importance of context in the reception of the work, particularly where the subject is of such thoroughgoing neutrality. Because of this, I believe that any successful approach to banality must rely on the dynamics of accumulation; a handful of images is too ambiguous (too empty?) to support interpretation. This project is now in its middle stages; my guess is that it will be complete at about 50 images. A sufficient number to communicate and to support the dynamics of comparison; too few to enter into the dynamics of the catalog.

This concentration on banality also calls into question the photographer’s activity when working with such commonplace material. Why not just take the images from Google Street View? Good question, but I don’t want to work with appropriated imagery here. For me, direct vision and the identification of banality is itself delicate, subjective and inextricably linked to one’s experience of a place.

This has been the most difficult project I’ve ever undertaken precisely because this is a subject without qualities - simultaneously neutral, intangible and thoroughly subjective in its identification. And, perhaps surprisingly, it is not so easy as one might think to find banal scenes. Most streets have something manifestly distinctive about them: an unusual architectural feature, juxtaposition of roof lines, a remarkable graffito, an off-kilter branch on a tree. Oddly, it is easier to find banality in Paris than in New York if only because Paris' homogeneity of scale, color and style alter the way one reads the street. New York in some locations is simply too dramatic, in others too distinctive, and in others so marked with social references that they risk taking over the photograph.

In Paris these issues are minimized, particularly in the (mostly formerly) working class quarters in the Eastern zones. I may extend this investigation to New York, but at a later time.

One note: I use the French "Rues banales parisiennes" not only because the streets are in Paris but because the French “banal” is shaded differently than its English cognate. While the French “banal" carries all the meanings of the English (trite, conventional, commonplace, humdrum), the French simultaneously retains much of its reference to its original meaning of “common to all", and is therefore less charged and less pejorative. For instance, the term “banalisation” signifies only that something is in common use (the “banalisation” of the Internet means non-judgmentally that everyone is on it, not that it is especially trite). “Unremarkable Paris Streets,” in minimizing the pejorative shading, seems to me a more accurate translation than “Banal Paris Streets”. For anglophones, I hope it will be understood as such. 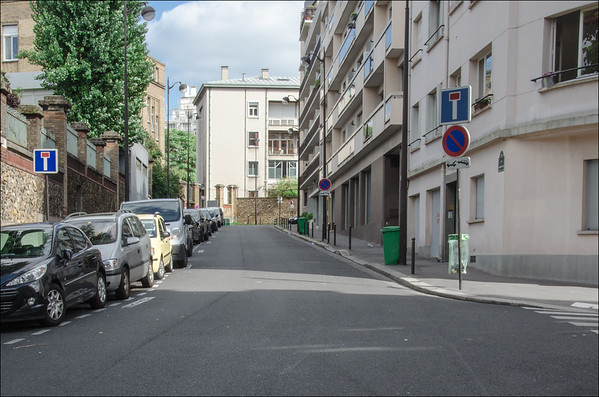 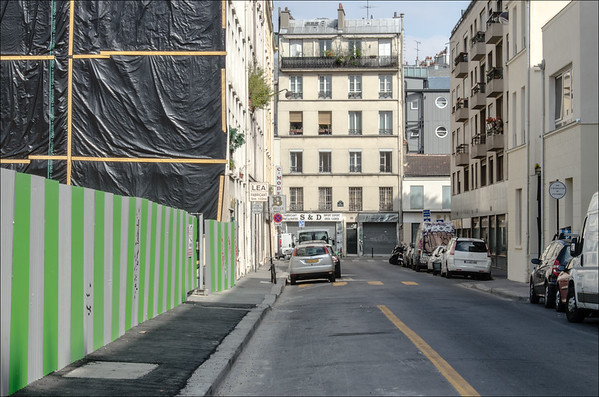 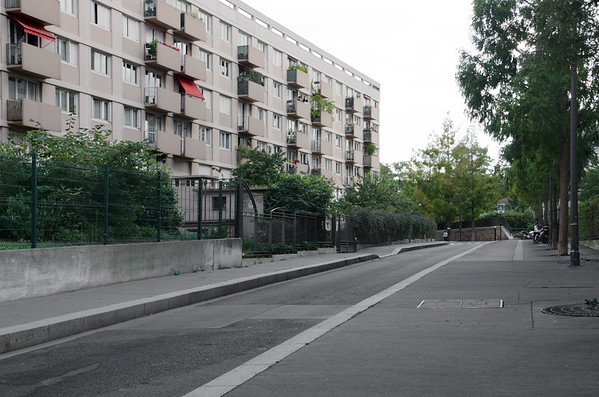 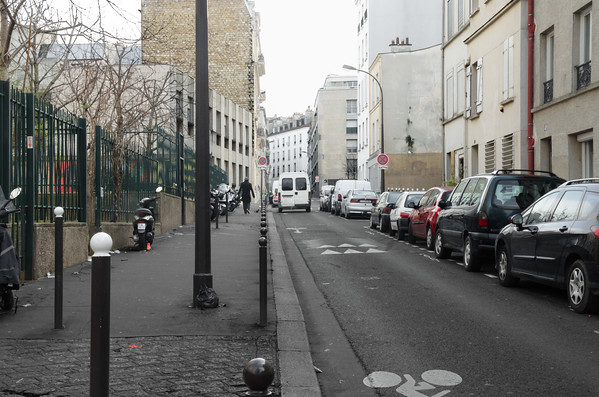 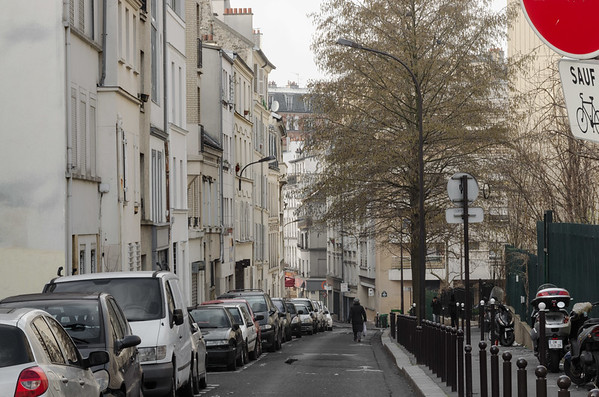 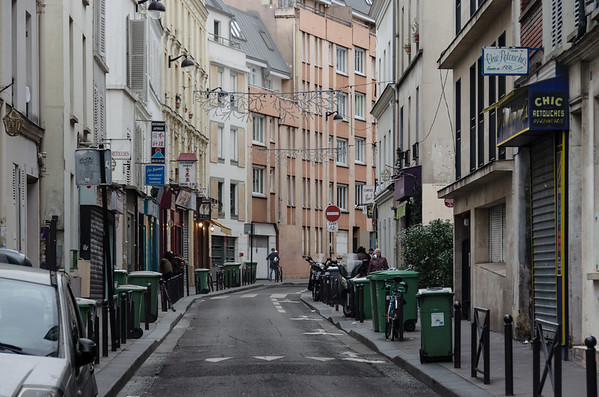 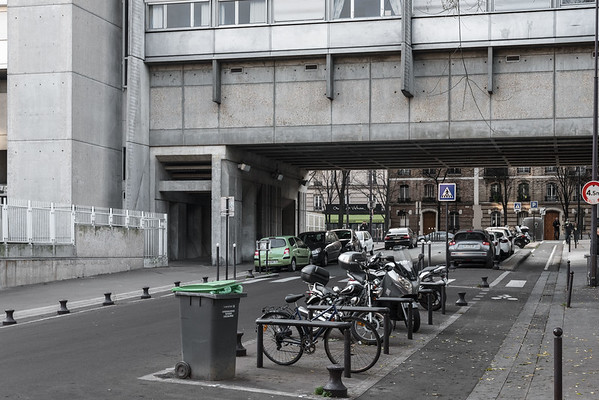 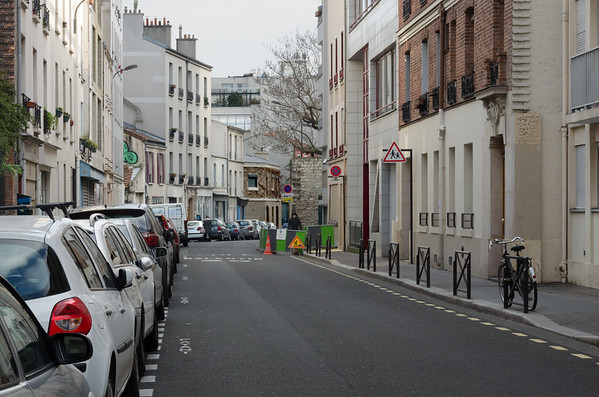 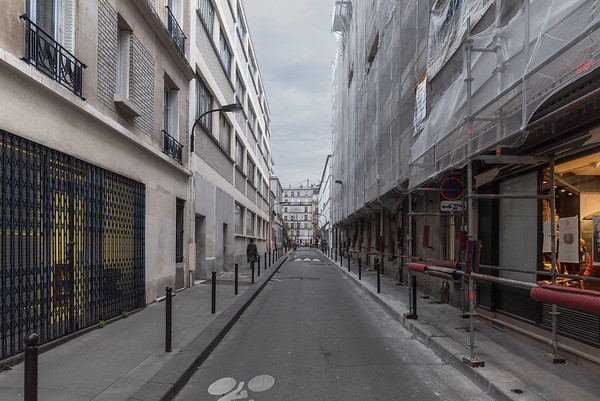 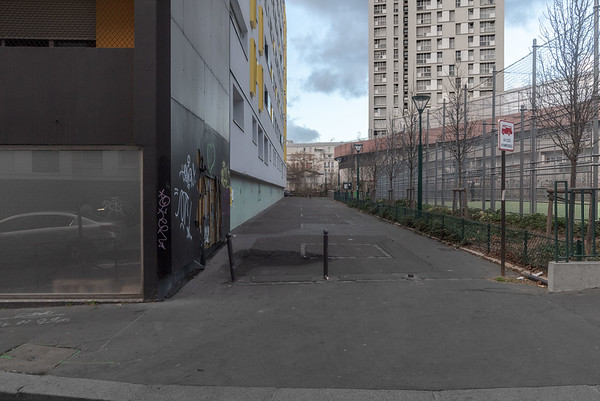